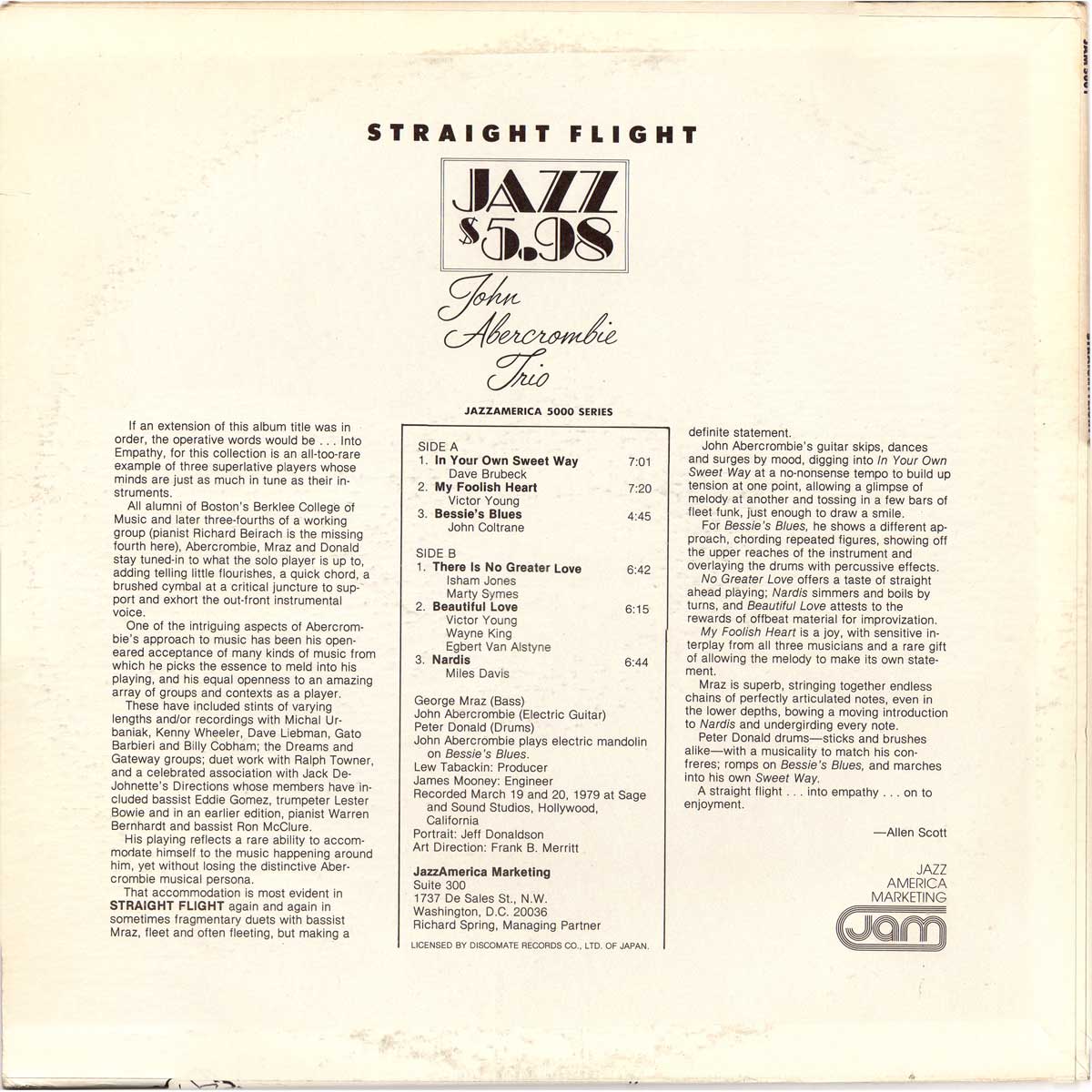 John Abercrombie is joined by fellow Berklee alumni George Mraz on bass and drummer Peter Donald for a rare session focusing exclusively on standards and classic jazz compositions. Abercrombie, who has one of the most distinctive approaches to the electric guitar, gives Dave Brubeck's "In Your Own Sweet Way" an intense workout while barely touching on the melody itself. The intimate "My Foolish Heart" is also rather abstract and played very softly, with the primary focus on Mraz. The leader switches to electric mandolin for a breakneck-tempo dash through John Coltrane's "Bessie's Blues," which opens with a furious solo by Donald, while Abercrombie focuses on the upper range of his instrument. "There Is No Greater Love" is relatively straightforward, though the theme never fully emerges until nearly the end of the piece. The brisk reading of "Beautiful Love" is the most accessible track to those not already familiar with Abercrombie's playing. Finally, a sensational interpretation of Miles Davis' landmark modal piece "Nardis" begins with Mraz's haunting arco bass, backed by the leader's floating guitar and Donald's sparse percussion, then a brief drum solo signals the beginning of an intense workout by the trio. Recorded for the Japanese label Discomate and briefly available as a JAM LP, this 1979 release is long out of print.